You are here: Home / Blogging / How to Remove The “Powered by Shopify” Link in your Footer 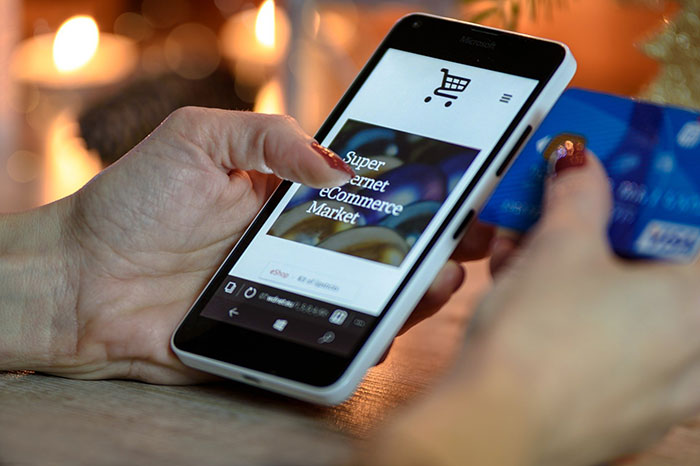 One thing that really bothers me when I’m working with any paid web platform is extra links or branding for the software I am using on my website.

It just seems tacky, unprofessional, and personally, when I see a business that hasn’t removed the branding, it’s a big red flag regarding their credibility.

So, it makes complete sense to me that people using the most popular e-commerce platform would want to know how to remove the “Powered by Shopify” link in their store’s footer.

Thankfully the branding isn’t very difficult to remove, and you can even do it on a free trial account.

The way I personally recommend that you remove the link is by editing the code of your theme.

If you have zero experience working Shopify’s liquid markup, this could be somewhat difficult, but you’re only going to be editing a single line of code, so I suggest you spend the time to actually research any code that you do not understand so that this change works perfectly.

One great thing about the Shopify platform is that it will automatically save the code each time you press save and it keeps a copy of the original code. So, don’t be overly concerned about messing up your store; the worst thing that’s going to happen; is you mess up the code and are forced to revert back to the original.

The code does vary from theme to theme, but I’ve tried to go through all of the default themes and have provided the correct code to edit.

Step 2) On the bottom left-hand side of the admin, you will see a list of your sales channels. Since you want to edit your online store, click that.

Step 3) Now that the online store section is expanded, you should see the “themes” option, and you want to select that option.

Step 4) You should now see a button that is approximately in the center of the admin page that says “Actions” with a little arrow that points down. Selection the “Actions” button and you should see a menu popup with different options. There should be an option to select that says “Edit Code” and you want to select that.

Note: The text is formatted “{/} file.liquid” and you don’t need to worry about the brackets and the forward slash. If you only see one file named “theme.liquid” then your theme is not sectioned. Generally, for a sectioned theme (which is the most common type) you will see a folder named “sections,” and inside that folder, there should be a file named “footer.liquid” which is the file that you want to edit.

Step 6) Select the correct file to edit and locate the code that you want to edit.

Inside the file, there is likely going to be a giant mess of code and since you’re only going to be editing one line of it, there’s no point in trying to read or understand anything else. Press and hold control and press F on your keyboard (or Command + F on a Mac), a box should pop up in the browser that allows you to search for text. The exact text you are looking for is:

Type that text into the search box (with the brackets, the underscores, and the spaces) into the find box and press find.

Note: For most themes you can just search for “powered_by_link” and do not need to include the curly brackets in your search.

Step 7) Determine how much code to remove and delete it. The next step is going to depend on which theme you are using. If you are having trouble with this, you should be able to remove “{{ powered_by_link }}”, press save, and the link should be gone.

The problem with that approach is that it could break your HTML markup. Hopefully, you have some ability to write HTML code so that you can read the code around the double curly brackets to understand what that code does. In the case of the Debut theme (which is the default Shopify theme), you should notice that the HTML is just adding some styling to the link, so it’s perfectly safe to delete the entire line of code.

For the Debut Theme: delete the entire line of code listed above and then just press save.

Step 8: Remember to press the save button at the top right-hand corner of the code editor! Then go to your store, hold control (or Command for Mac OS) and press F5. This will force the page to reload and will redownload any files that may have been cached.

The Exact Code to Remove for Each of Shopify’s free Themes:

All of the free themes provided by Shopify are sectioned so the code that you need to do is delete is in the “sections” folder and the file is always “ footer.liquid”

Inside each of the boxes is the exact code that you need to delete.

Note: There may be extra white space that you can optionally delete as well. It shouldn’t matter either way.

Alternative Way to Remove the Powered By Shopify Link

Now I personally recommend that you edit the code to remove the link, but if for some reason or another you are unable to edit the code, you can remove the text in your theme’s language settings instead. This probably won’t cause broken HTML markup, but I still consider it to be a little bit of a “hack,” and I don’t feel that it’s the proper way to eliminate the branding.

Step 1) Under Actions press “Edit Languages” instead of “Edit Code.”

Step 2) In the Filter box type “powered” and press enter on the keyboard.

Step 3) Look for a text box that is labeled “Checkout & system / Links,” below that there should be a box that says “Powered by Shopify”.

Typically there is not actually any text in that box when you select it, replace any text that might be in that box with a single space and press save.

Since this is not the proper way to remove the link, it will still be there, but it’s much less visible, and you might see a tiny line, but that depends on how your style sheet is set up to display links.

So, if you are the kind of person that is terrified of editing the theme’s code and are wondering if you should hire a designer to remove the link: no, you can do it this way, and everything should be fine, it’s just not “ideal.”